By Catherine Lara and Giuliano Peparini

There are moments in the careers of certain creative artists where all the pieces of the puzzle magically fit together in an ephemeral epiphany. The stars in the sky seem to line up perfectly and the magic of the music carries them to their greatest heights, they are magnified in a kaleidoscopic prism of fleeting beauty, and the audience feels privileged to just be there. In 1973 I felt this as a kid when I saw Pink Floyd perform Dark Side of the Moon out of doors on a summer night in Ohio. And now, many years later, Catherine Lara and Giuliano Peparini have reached the summit of their collective artistry to take us on a new kind of trip in Bô: The Musical Voyage. Their magisterial, magical tour de force is now playing during the inaugural season at the Théâtre 13è Art in Paris until April 15th and on tour in the rest of France and beyond. It is a must see for music lovers as well as for …all lovers of beauty.

On stage in Paris, the French violinist Catherine Lara appears as a kind of a mystical shaman in a black frock with her shock of white hair and blue tinted sunglasses. She crosses the strings of her electric violin with a sure and steady bow, coaxing Arabic melodies that ring profoundly deep. She conjures a Middle Eastern groove driven by the hypnotic rhythms of a Djerbouka drum complemented by the light, fleeting touch of a Malian Ngoni all of it enveloped by the deeply sonorous rumblings of a synthesizer. Welcome to the sounds of Bô: The Musical Voyage. Out of nowhere, beautifully lit dancers and acrobats appear, moving inside geometric visuals that hem them in, transporting us to a new and different world. Together Catherine Lara and her magnificent troupe take us on a trip where songs without words accompany poetic movement in a place of pure Beauty.

The story is simple: 8 characters who have never met before get on board a raft on the banks of a river with a common quest to find out what is beautiful. They tell their stories in movement and pure emotions, such a rare thing in the today’s world! The ups and downs of human existence are the themes that thread together in Bô; yet it is also just simply entertaining, even spell binding to watch. The choreography of the multi-talented Giuliano Peparini is classical, almost ballet-like at times, and the scenography of Emmanuelle Favre employs stage design and lighting in a contemporary language that could be at home with Robert Wilson. The Bô show is visually sumptuous.

Yet it is the music of Catherine Lara that is the heart and soul of Bô, and the performances of the troupe accentuate and articulate her generous humanity. Stand out performances include the inspired dancing/acrobatics of Braham Aïache who electrifies the audience with his bravura number. The acrobat Théo Legros-Lefeuvre whose high wire jumps thrill us as we to watch him in the urban videography of Gilles Papain. Another highlight is actor-singer Sinan Bertrand who narrates and sings his heart out. And of course Catherine Lara sings one song, and she shows what a pro she really is! Perhaps Bô could have had a bigger finish, the last part of the show did seemed to slow down a touch, but the over all effect is of a giant mesmerising pantomime; the power of the music to take us on a special trip is overwhelmingly beautiful. One must cite the courage and conviction of producer Alexandre Piot to create such a show in Paris, France. Bô: The Musical Voyage should travel easily to countries all over the world because of the universal language that this musical-spectacle has to offer; its message of the quest for beauty is essential in these early years of the 21st century. 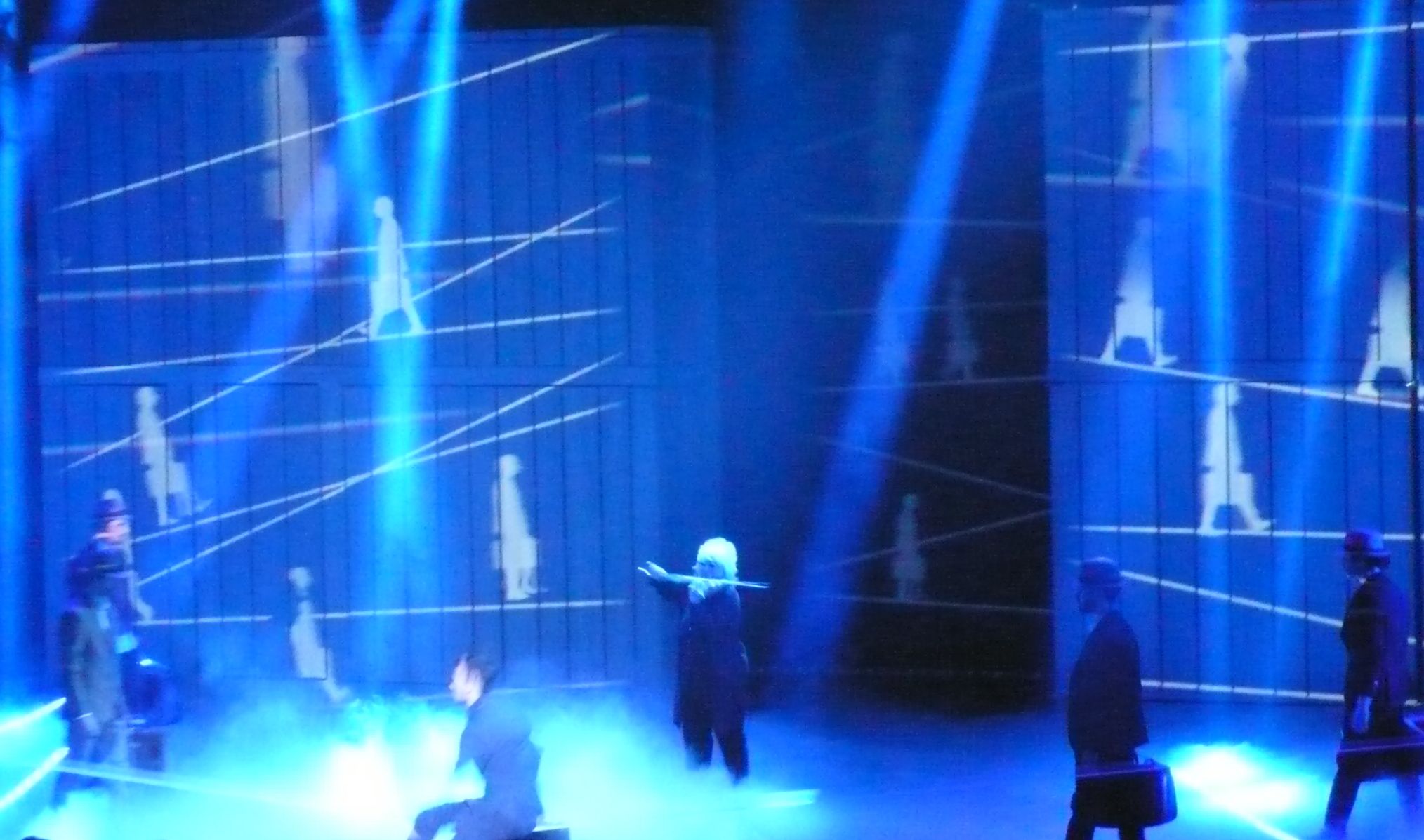